Hey Kid Get Ya Feet off the Table 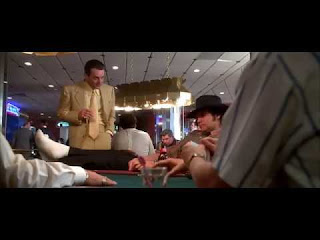 Words fail me, but I'm going to write something anyway.
I kinda blame society for thinking that kids taking
Selfie's is a great idea, and it breeds confidence, I
actually think it breeds obnoxious.

I was in a pub/restaurant not so long ago, and this
group of people were there, mainly adults, ages ranged
from about 65 to around 12.

They were all nicely dressed, there were two kids, one
a girl in her teens and a boy aged about 12, he seemed
to be better dressed than the adults, he had one of those
bowler hats on.

Anyway, I was there with my group, there were two other
groups there at the time. This kid had decided to play a
rather loud game on his cell phone, loud enough that
everyone else turned around to see where the noise was
coming from, he for some reason, was nodding his head
up and down saying "Yeah yeah" like he just achieved
something really important.

Well around ten minutes later,  I heard someone from
another table, sort of yell out "Geeze Louise"

The kid had kicked his shoes off, leaned back in his
chair and had his feet on the table, while the so called
adults at the table continued to eat their meals.

I felt like going like Larry David from Curb your
enthusiasm or George Costanza from Seinfeld at
this kid.

How is this acceptable, and why didn't the adults
in his group or the Restaurant Manager or waiter
deal with it in a prompt  fashion???

So this is now okay, right?  A kid aged about 12
in a  restaurant, can kick off his shoes and put
his feet on the table while playing a loud game
on his phone, all the while looking smug????

I'm guessing this kid has had adults tell him, how
grown up he is, and how great it is that he has
the confidence of someone twice his age and
that he takes no shit from anyone.

Well for me its Obnoxious, it's inconsiderate and
it should be dealt with. Of course if I had of been
like Larry or George, and gone off, I would've been
dragged out of there and called for everything under
the sun, heck there would've been "Mummy Bloggers"
doxxing me on social media on what a terrible monster
I am.

Again, we have seem to have crossed the line, that we
think kids acting like fuckin jerks, is them standing up
for themselves, it's not, its just annoying and inconsiderate,
and it's going to get worse.

So next time you see a Larry or a George getting upset,
maybe just maybe, they're the adults in the situation,
and the kid with his shoes off, isn't.
Posted by A Blogger at 10:56 AM