Why didnt the Spurs Foul? 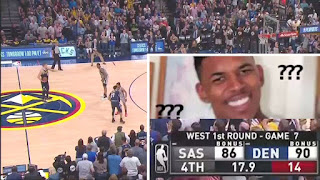 Why oh Why didn't the spurs foul???  The Nuggets
got the rebound with 27.8 seconds left, they got the
ball over halfcourt with  17.9 seconds, and the Spurs
just didn't foul.

This is basic Basketball, I mean it should be automatic,
it should come naturally, it should be stuck deep somewhere
in the subconscious, in this suitation you foul and you foul
as quick as possible, this is not Basketball from the 50's, you
can pull back a lead quite easily.

The Spurs had an outside chance here,  but couldnt get up
a shot even when the Nuggets missed, they let the Nuggets
run out the clock.

Not since the Nelson Giants  who were once down by four
and had possession and didn't even get up a shot, have I
been this much in shock.

Maybe its time to do a #ClassicNBA  tag along with the
#ClassicNBL tag? 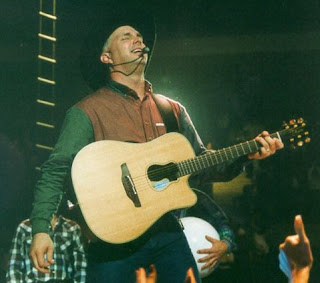 This month marks the 25th Anniversary of Garth
Brooks first and only world tour.

Apart from Ireland in 1997 he would never return.

Two charity concerts in Brazil in 1998 and 2015 is
Garth's total experience of taking his concerts outside
North America.

I was lucky enough to be at his New Zealand show in
1994,  myself and my sister had tickets for Block G at
the Auckland Supertop as they opened the gates we
all rushed in, I  went straight to the first row in Block
G to see my sister screaming at me, she had gone straight
up to the front, so I followed and my first Garth Brooks
concert, was in the first row.

The show was the best concert of my lifetime, a short show,
75 Minutes , 16 song set totally blew away any event I had
seen before or after.

Garth Brooks is great at recognizing  acheivements thruout his
career, his 1994 World Tour is now 25 years old, and it almost
could be considered a crime against music that he hasnt been
able to make it back to  tour anywhere outside North America
since 1994.

Things have stood in Garth's way,  his 1996-1998 USA and
Canadian tour, which was suppose to include the rest of the world,
didnt because he sold out too many arenas.  He did make it to
Croke park for three special concerts in 1997.

Retirement then took him out of touring until 2014, his comeback
in Ireland got cancelled, then another arena tour of the USA/Canada
went longer than expected, and it was history repeating itself, the
world tour got cancelled.

Garth didnt tour in 2018, so 2019, the big  25th Anniversary of
the World tour may of had Garth's international fans excited, but
alas, Garth decided to do a Stadium tour of the USA and Canada
instead.  The Stadium tour is expected to last three years.

It's a shame that America's biggest ever artist and America's
best ever artist has only done one world tour ever.  (I don't count
three shows in Ireland in 1997 and two charity performances in
Brazil as a world tour)

Garth has recently released a vinyl set called Legacy, and Garth has
a legacy he can be proud of.  But  when he finally does slip into retirement
from touring for good,  (He has stated after the stadium tour he will
only play small honky tonks in the USA) to have  only done that
one Tour outside North America, kinda makes Garth just an
America artist and that is unfair to the man.

For Garth Brooks to have a complete Legacy, to have closure on
his wonderful career, he needs to not only get back to those countries
he played in, in 1994  but go elsewhere,  do some shows in Japan,
France, Russia even.  The crowds may not be as big or even as
loud, but for a artist of Garth stature, when you look back in two
decades time, for him to  have only one world tour, will do him a disservice,
so fingers are crossed that he has a change of heart, updates his passport
and plays some shows, then he can truly say, he's done another world
tour.

How Modern Family should End It's Final Season 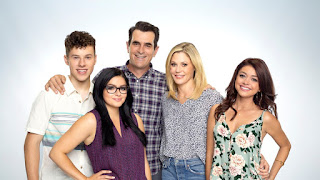 Modern Family is currently in it's 10th season.  Season
11 will be it's last, for Modern Family to have the legacy
it's craving, it will have to end it's final season on a high
note.

The show has dropped dramatically the past few years,
but a saving grace for Modern Family could be the route
they decided to go for it's finale season.

They have so many Options,  for the way they can take the
show, they need to be true to the Characters and not have
some sort of twist ending or melodramatic ending. As Tim
from the UK Office once said,  "If you turn the camera's
off I'm still here" This is the way Modern Family should
go, in the real world these people will still exist.

So here is how I would like the story lines to go.....

Cam and Mitch and Lily

Cam and Mitch  lifes should revovle around Lily, Lily
has taken an interest in music, so the family arc  should
be  Mitch and Cam do everything they can to try and help
Lily's sudden interest in Music, Mitch still remains a Lawyer,
while  Cam  continues to love and support them both.

Jay and Gloria and Manny and Joe.

Joe should be sent off to boarding school, and not seen, the
last season cant be a vehicle for Disney to promote this kid,
the only time we hear from Joe is when Gloria calls him up.

Manny becomes a frustrated play writer at college, he is not
shown to have huge success, but he's learning the ropes with
every college play he writes.  Gloria  chilli business takes off,
Jay finally 100% fully retires and ends up  helping Gloria
achieves her dreams,  Stella is still alive and clicking.

Hayley does marry Dylan and have two healthy twins, Phil
and Claire can see  they have the same parenting style as
they did when they were young.  Phil  leaves Real Estate for
his magic shop and is visited by Penn and Teller.  Claire takes
the closet  company to another level and ends up loving closets
more than Jay.

Luke continues with his Job, and is well just Luke. Alex dumps
her hot boyfriend, and goes back with Sanjay, when questioned about
it, she gets angry and tell's people  "Don't body shame him, looks dont
matter"

Last scene is the whole family together,  Jay is then doing the final talking
head and is told  the Dutch network that bought the doco has gone
bankrupt, and the doco wont even air, and Jay gets angry.

Not sure if they will take it this way.