Modern Family Should Learn from Gervais's After Life 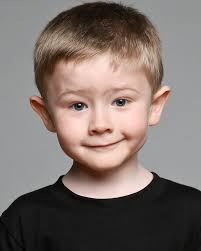 Modern Family writer's may want to
take a look at Ricky Gervais's  After
Life on how to write for younger
actors.

Pictured is the wonderful  Tommy
Finnegan who played George, the
nephew of  Gervais's Tony Johnson.

Tommy played George, like a normal
seven year kid, quite shy, the kid was
a cheerful kid who had to deal with a
bully.

There was a natural acting ability from
Tommy in his portrayal of George and that
came from the writing and directing.

The same can't be said from the last few
seasons of Modern Family.

Modern family's first few seasons were up
there with the very best of  Television,  MASH
Seinfeld and The Office.

The last three season though are more on the level
of Mrs  Brown's Boys and the worse of Everybody
Loves Raymond.

One of the reason why Modern Family is struggling
now is the writing for and the directing of child
actor,  Jeremy Maguire who plays Joe.

The actor  thru no fault off his own comes off as
a Child actor and not the little boy he playing.

It's like Disney are grooming him to be the next
big kid star, and that they want the viewing audience,
to be saying, "He's the cutest kid ever"

I know it's a mock  documentary, but Jeremy breaks
the third wall in nearly ever scene he is in. His scenes
also seem to have been directed by his agent, it's not
for storyline sake, but to have his client known and loved.

Go back to the early seasons of Modern family, the writing
and directing for the kids were excellent,  Luke, Manny and
Lily were like kids are suppose to be, nervous worrying about
their place in the world and all of them being a bit of a smart
ass.

With Joe though, the kid actor comes across as we are suppose
to care about who he is in real life instead of the person  he
plays.

Again it's not Jeremy Maguire fault, he is only seven, but
with  his parents consistent   posting of him on social media
on wearing tuxes and three piece suits and him pulling faces
you would expect from a 16 year old taking selfies on facebook,
one does begin to wonder are the adults around him turning this
wee child into a Narcissist, but I guess that is another post.

The scenes with Joe are cringe worthy, and hard to watch
and it's harming Modern Family's legacy.

I  hope the wirters have taken a look at After Life and Tommy's
performance as a genuine wee kid, and I hope they learn from it,
as they head into  Modern Family's 11th and final season. 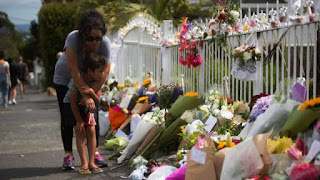 This is how you  react to a Terrorist attack, you
show love and kindness. You love one and another.
You show compassion, even though the attack may be
on a group your not familiar  with or have nothing to
do with, you show people that we're all  one race the
human race.

It just fills my heart what my old home town is doing, and
once again it's standing up to a horrific terrible event.

Since 9/11 the reaction hasn't always been like this,
From New York to Bali, to London to Paris,  to
Norway to Switzerland,   Al qaeda to ISIS, from
Right wing  racist skinhead scum to  Religious
extremists,  when there's been a horrible attack,
people's reaction to those attacks haven't always
been the best.

From Islamophobic comments to the "What about
Iraq"  comments.

From "Why are you giving sympathy to these people
with all the wars they have caused" comments,   to
"Hey you showed sympathy to them why not this attack"
comments"

From people who complained  that the world  was turning their
avatars to a French Flag, to people who would think Refugees
are terrorists.

To politicans  who would use an attack for  what ever extremist
policy they want to put through.

Hell I was told that it was a fanastic thing that a memorial to
9/11 victims was destroyed because it got people talking.

(That iis one of the most sickening comments I have heard in
my life, it just broke my heart)

I'm so glad that people are not doing this with my country's
terror attack.

We are showing love and peace.

I pray  that the next city that faces a terror attack that the
responses  will be what CHCH is showing, and not...

"Well they deserve it"

"They're the real terrorists"

"No sympathy for them"

"What about the other attack"

So on the anniversary of 9/11  the Paris Attacks and
The London Bombing, give thoughts to the victims
of those countries and what they went through, that
is the way you react to a terrorist attack.

"There's faith, hope and Love and the greatest thing
of all is Love"

Stay Strong Earth.
Posted by A Blogger at 10:35 AM No comments: 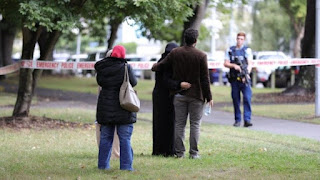 My Problem with Social Media Videos 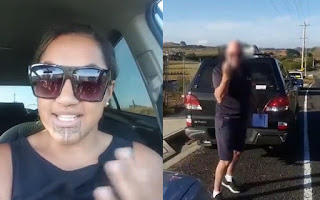 I have a huge problem with Social Media videos,
like the one that Erina Wehi posted, you just don't
get the full story.  You get a horrific allegation
against another party without the full story or
even proof of those allegations.

You then get people on  twitter and facebook, destorying
a person's life.  They get  abuse, they get death threats,
they get  their whole life judge by a 90  second video,
that may of been heavily edited.

I watched today's video, and while I firmly believe
this type of racism  and ugliness is firmly entrenced
in New Zealand's socity, I beleieve we aren't getting
the whole picture of the video posted today

I haven't link to the video, because I dont want it
to get more hits, a quick google search of Erina
Wehi and you will come to it.

In the video she sits calmly in her car,  and retells
an incident when she alleges this man cut her
off and screamed out all sort of repugnant racial
abuse.

She then tells the viewer, that she has followed the
guy home, and proceeds to get out of her car and
film him, the guy calls her a few names (nothing
like she alleges happened during the incident)
while she mocks him for the world to see.

The man has now come out and said it was her
that  originally abused him and then she started to follow
him.

My problem with her edited video is, she seems
too calm retelling the story in her car, she doesnt
seem like someone that has just been threaten.

And thus thats my problem with videos of this
nature, posted to social media,  like a  Doco,
you just get one side, maybe this guy did
what she alleges, maybe he didn't.

The internet, the media has decided though,
and this man's life is ruined because of it.

Disgusting.
Posted by A Blogger at 3:51 PM No comments:

Mark Taylor Should Never Be Allowed Back in New Zealand 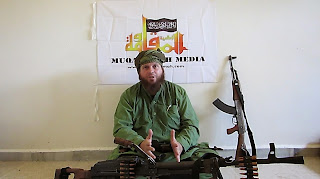 Lets make one thing clear,  Mark Taylor denounce his
New Zealand citizenship, when he went to Syria and
fought for Terrorist group, ISIS.

The crimes he wouldve commited with his time with
ISIS will be plenty, he deserves no sympathy at all.

How anyone can be not only supporting a campaign  to
bring him home, but wanting the Government to pay
for it, is beyond belief.

If PM Ardern  signs off on this, then she will be a one
term Prime Minister.

In the past few days, I have read Bloggers and Journalists
and members of the public, try to down play his sickening
crimes.

They've been trying to paint him as just a  good time Kiwi
joker who got confused.

He didnt just have one two many beers at a pub and on a
dare went to Syria to fight for Isis.

He didnt just read a brochure  that said "You can teach children
over in Syria" and decided to go.

He didn't just think it would be fun and adventure,  like a
OE.

He didn't go because he was hard up for money.

He went so he could murder people and rape children.

Here's the thing, Mark Taylor already did.  There should
be zero effect made by our current Government to get
him back, or even let him back.

This will be the biggest crime a NewZealand government
has ever done, if we let him back in.

Let him rot in a flea ridden tent in Syria for the rest of his
days.

That will be Justice for every victim of Terrorism.

Here's hoping New Zealand will do the right thing.

Time will tell.
Posted by A Blogger at 10:53 AM No comments: 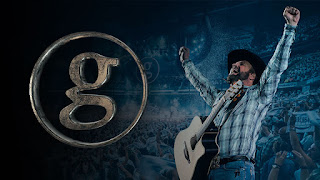 Garth Brooks is about to embark on a three year
Stadium tour, there have been rumors about what
sort of show Garth is going to put on, I think it's
fair to guess what type of show the G man is going
to be doing..

First off it's in Stadiums not Arenas, so there's going
to be some sort of visual component to it.

What  the visuals might be is anyone's guess, he used
screens for the first time in his 2014-2017  Arena
tour, the stage set up doesnt seem to have any tricks
up it's sleeves for this tour, so I think the tricks might
be Garth himself.

He's calling it a retro tour,  he's bringing back Ty England
and other's from the 90's, although he has stated he wont
be flying across the stage or smashing guitars, I kinda
think he will bring back some of the stage pranks
to wow the crowd.

A Garth Brooks  concert is all about having fun, hell he is naming
his new album "Fun",  so if you put two and two together
well it's going to be a water tossing, ladder climbing, rope
swinging, good time had by all.

I cannot imagine Garth coming out and just singing the same
old setlist he did on his previous tour.  You will hear songs
like We Bury the Hatchet" and "American Honky Tonk
Bar Association" bought back into rotation.

He will be jumping about the stage, he will be teasing, Ty
Dave and James, as he runs around them in circles.

There will of course be the music History thing, singing
Classic songs by Classic artists, he will take the requests,
all in all, you will feel like you have been transported back
to 1994, where as a showman Garth was second to none.

So fingers and toes are crossed, we will find out this weekend,
Garth is Back, will he still have the magic?

Ya God Damn Right He Will.