Was Chris Gaines originally suppose to be Murdered at the Grammy's 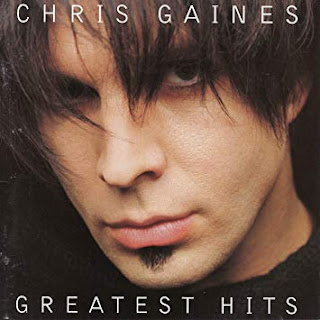 Around 96/97,  two years before Garth Brooks
announced the Chris Gaines project, I remembered
reading an interview with Kenny Rogers.

I read the interview online, which seemed really
cool to me, because I read it  on the web and not
just on usenet, which was the internet for me way
back then.

The Interview with Kenny seemed to be a normal
interview, until he diverted to Garth Brooks.

Kenny Rogers said Garth has taken the country world
by storm, but he's about to do the same with the Rock
world.  Kenny said Garth Brooks has created a
fictional Rock personae called Chris Gaines, and
there is going to be a movie.

When asked what the movie was about, Kenny Rogers
said something along the lines of.. Chris Gaines is an
Australian Rock God, who gets killed backstage at the
Grammy's, the Police detectives get it wrong, but
one reporter uncovers the truth that shocks the music
world.

Again the internet was in it's early days, and the story
wasn't picked up, in 1999 When Garth Brooks announced
the Chris Gaines project, a pre soundtrack to a movie,
the script had changed.

Of course the movie didn't get made, but if it did, the script
was going to revolve around,  Chris Gaines being invovled
in a horrible car accident, but he comes back to make an
earth shattering album that changes the world.

Here's what I want to know, and apart from the Kenny Roger's
interview from around 1996/1997, I have read nothing about
this.

How and why did the original script change???

A murder back stage at the Grammy's, transformed into a car
accident and an epic album that changes the world.

One screenplay seems to be a thriller with a twist, one seems
to be a feel good movie.

I wish someone could shed some light, my #AskGarth question
on this hasn't been answered, and no one seems to remember
the Kenny Rogers interview.

For me if the original script or the original draft ever appeared,
that would be worth a ton, not even Rick from Pawn Stars, could
say "Here's the thing" and low ball it.

So what is the story, what is a writer's practise to take a 180 with
a story and change the main idea??

Why is this  not part of  the story when the media
mentions Chris Gaines?

Again I had read the interview around 96/97  two years before
Chris Gaines was ever mentioned by anyone else.

Can someone help me out here??

Fingers and toes are crossed for an answer.

Time will tell.
Posted by A Blogger at 4:39 PM No comments: