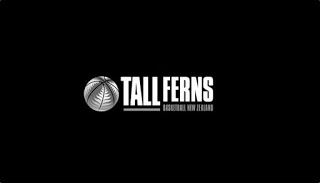 Ya cant sugar coat it, ya can't get positives from
it, this was a hiding, this was embarrassing, I
was so nervous before this match, I didn't watch
the start, then I saw twitter people suggesting
we were playing brilliantly, we weren't.

Not sure about some twitter comments, they seem
to be over the top, but I have been guilty of that too.

If you want the Tall Ferns to compete on a International
level, send the young players, the players who are
16/17 years of age to the USA, have them play a season
or two of AAU, where they can compete against the
best young players on the planet.

It's not going to do them any good to play their last
year of high school and score 40 points against
Linwood High school  or Porirua  High School.

If the player has talent, have them go against the
best 16/17 year olds from New York, New Jesery,
Philly or CT.  They will also be seen by the top
college scouts.

If you want to be the best, you have to play against the
best.

Hopefully those running NZ Basketball will figure this out.