How to Deal with Jesse Walters 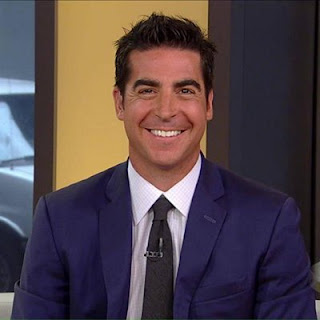 Jesse Walters is the Fox News Jounro who does Ambush
interviews, while smiling and laughing. He also bullies
people in the street trying to make them look stupid.

Doesn't matter if they're homeless he goes after them to
make them look like awful people.

He is the worst type of bully, self important, naccarist and
worst of all cruel.

So if your famous or just a regular person, if Jesse Walters
chases you with a camera,  here is what to do.

Turn on your cell phone  and start filming him and ask him the following
questions....

Why did your boss Bill O'Reilly  sexually harrass his former producer?

Do you condone sexual harassment? Do you think she deserved it?

He wont answer, but keep asking him the question...

Why did Bill Oreilly sexually harrass his former producer?

Did Bill Oreilly throw his wife down the stairs, in front of his daughter?

If hes on a public street, just do what he does to others
and follow him and keep asking the questions.

Give him a taste of his own medicine.

But remember the guy is self righteous,
he will believe you dont have the right
to do this, even though he does.

If enough people do this, then his cruel nasty interview style, may not work.