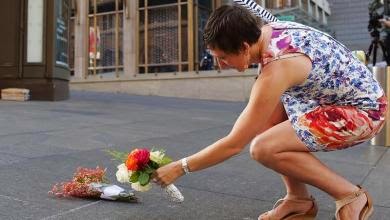 For myself the Sydney Siege bought out the best and
worse in people.

The Police who were  calm and collective and then took
action when needed, they need to be praised for
what they did.

The Australian Muslim community, who released
a statement saying Islam is about Peace and they
condone the violence and hostage taking.

The people who used the hashtag, #Illridewithyou
what a wonderful thought and gesture, knowing that
some Muslims may be scared over a backlash.

People who took selfies and drank beer and decided
it would be a good idea to have a hostage party, outside
the cafe.

The racist idiots who blamed all Muslims for this one
jerk.

The people who tried to stir up trouble for their own
political ideology.

Anjum Rahman the spokesperson for the Islamic
Womans council of New Zealand. She would
have to be the most disingenuous blogger/tweeter
New Zealand has produced over years and is
massively passive aggressive. For Anjum to
tweeted out tweets that shes sending her thoughts,
but to add thoughts to people who are victims of
war and torture was a dig at the west. To turn this
tragic event into her own political views was
repugnant.

She has continued to do this, and has a huge huge
history of doing this.

She should've taken note of her Muslim counterparts
in Australia, but alas no, this was just another opportunity
for her to spout off her precious hatred for the USA.

Here's hoping in such a tragic event,  people would
forget about their own prejudices and concentrate  on
the event itself.

I anit holding my breath though.