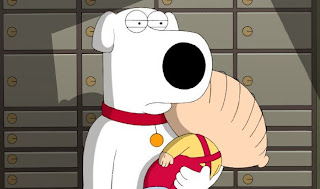 You have killed off Family Guy.

This wasn't arty, this wasn't hard hitting television, this
wasn't making a statement, this was solely done to be
mean. 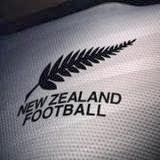 Mexico is going to the World Cup,
New Zealand isn't.

NZ played far far better (apart from Brockie)
The young guys did well, our crosses were a
mess, but we actually looked like a football
team.

Here's hoping the right coach will be picked, and
there would be new people in management.

The future is looking for bright.

Here's hoping the results will be. 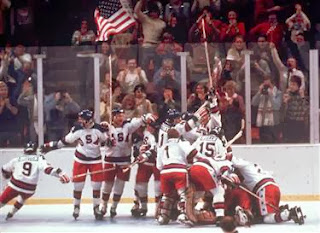 If the New Zealand All Whites needed a reminded that
Miracles can happen in sport, they only need to look at
the USA Ice Hockey team that beat the mighty Russians
for the Gold Medal in 1980.

What the All Whites need though is beyond a miracle,
if they were too beat Mexico 4-0 and qualify for the
world cup, nothing in our sporting history would come
close, I would say it would go down as the biggest
sporting upset THE WORLD has ever seen or will seen.

To qualify for Brazil before the first leg would've  been a
massive upset, perhaps in the top ten sporting upsets of
all time.

To win the second leg 4-0 and qualify, would be the biggest
thing that has ever happen in the history of sport.

That is why it won't happen.

Reality rules over the dreamers.

At around 930pm Wednesday night, kiwis wont be
jumping for joy, we wont be setting trends on twitter,
we wont be txting family and friends around the world,
about how the All Whites did it.

We will be very proud, that we put up a better effort, we
will talk about the future of NZ Football and who should
lead us, but this will be no miracle on ice.

Let the 37 thousand kiwis have fun, let us sing and chant,
let us admire the Mexicans, let there be talk before the
match that IF we get a early GOAL, things could go our
way, but deep down know, it's just too big of a  hill to
climb.

We're not going to Brazil, a Miracle on Ice is just that,
a Miracle that only happens once in History.

But that's okay,  as long as we play like a football
team should.

Here's hoping that we do.

Ricki Herbert and the All Whites 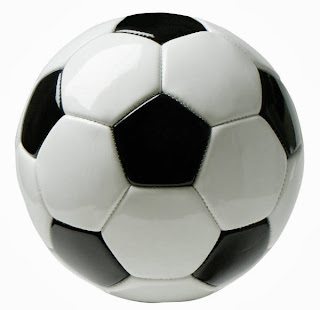 Ricki Herbert and the All Whites can make
it up to the New Zealand sporting public, by
creating the biggest sporting  upset in the history of
the world. 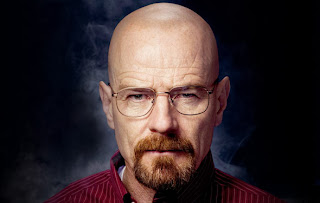 We are going to kick your ass in the return leg.

Ricki Herbert Must be Fired 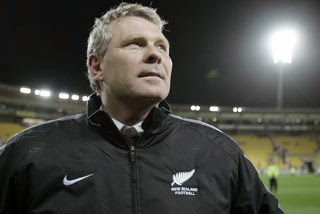 (Update2: Ricki Herbert contuines to the tell the
media his tactics were right, and it was just the players
execution that was wrong. All I would say to that is,
Ricki, there is a reason no other country or club has
given you a job offer, think about that for a second)

(Update1: Any respect I have for Herbert has gone
out the window, according to him, his tactics were
right, the players just didnt execute them well enough)


The worst coaching performance in the history of
world sport, nothing comes close.

From his selections, to the tactics, to the travel arrangements,
Ricki Herbert did everything wrong.

You simply cannot go to the Azteca and park the mother
fuckin bus, thinking your going to hold them. You don't
select a player in Jeremy Christie, who hasn't even got
a freakin club side, a player who got turned down by
a division three USA club side.

His tactics this morning was a disgrace, you can park
the bus against defensive european sides, but this was
never going to work against Mexico.

The players were itching to get forward, but this cock
sucker (Frank Van Hattum knows what im talking about)
keep waving his players back, they were too scared to
do anything, plenty of times we had the ball in open
space but Herbert's coaching was just to get them  to boot
the hell out it and never move forward. To see Herbert
on the sideline waving his players back, made me feel
ill.

Steve summer was right, the game was lost in the first
half, because of Herbert's coaching, it was freakin  an
81-19 possession rate.

Here is a man, Ricki Herbert, who has only ever WON
one game of importance and that was against Bahrain,
just one freakin win, and he is such a narcissist little
c**t, he wouldn't change his tactics today, before it
was too late.

I wouldn't mind if we had the right players on the field
and played the right style, and still lose 5-1 to Mexico.

But to lose because of freakin Herbert's coaching, just
pisses me off. Again Mexico should win by this much,
but it was just the way we were coached and how we
played that gets me upset.

Herbert must be fired, the board of NZ football must
be fired, yes that includes you too Van Hattum, Herbert
your a disgrace and you should never be allowed near
a football team again. 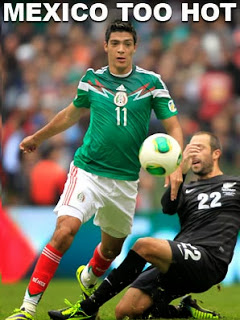 Is no friend of the dreamer. 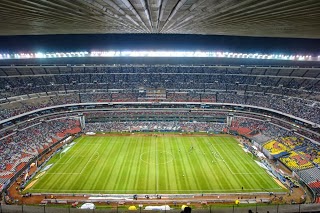 (Update: The New Zealand media, as I thought, have
failed to tell the Kiwi public, how big this game is going
to be, decided to repost my original post)


Nothing comes close, nothing ever will in our sporting
history.

No matter what anyone in the New Zealand media say,
the New Zealand Versus Mexico soccer game will
be the biggest worldwide TV Audience for any sporting
event involving NewZealand.

Peter Lester might say otherwise, Martin Snedden might
say otherwise, but nothing will ever come close to the
ratings this match will have.

The worldwide coverage this game is going to get, is
something that has never happen to any New Zealand
sports team in our history, I cant emphasis that
point enough.

I also can't emphasis enough, what faces the All Whites.(All Whites is the nickname of the NZ soccer team for those
that dont know)

They will be playing at the hardest venue to win in
world sport, not only the altitude, but 104 thousand
crazed fans, and I mean crazed, when the USA played
there in 2004, the crowd chanted "Osama Bin Laden"
The opposition fans were pelted with bags of urine, batteries
and glass bottles, and thats only at the game, opposition
fans have to get a police escort to the game and back again,
their hotel will be surrounded by Mexican fans who will
be doing there best to make life hell for the kiwi fans.

The players themselves are in for a worst time, late night
phone calls, bomb threats and anything else that could
disrupt the team's preparation, during the game all hell
will break lose if the All Whites score, fire crackers
will be thrown, think  104 thousand Tuco's from
Breaking Bad and that is what the All Whites face.

Mexico doesn't lose at Azteca, there is a reason
that Jerry Jones the owner of the Dallas Cowboys
pulled down his football stadium in Dallas and
built a new One Billion dollar one, he had gone
to a soccer game at the Azteca and wanted to
build a stadium where your team cant lose.

If the biggest miracle happens and New Zealand
wins at the Azteca, it will be the greatest upset
in the history of sports involving New Zealand,
and hands down they will deserve the Halberg
award and I will go as far to say, if this happen
and they werent awarded the Halberg, then
every New Zealand sporting Journo should
hang their head in shame.

My one wish is the media tells the New Zealand
public all this, without any reference to any
other code, without having to add the usual
references that they do.

Again, this event, the first leg, New Zealand
versus Mexico is hands down the biggest
event in our sporting history and will get
more viewers than any other sporting
event New Zealand has ever been in.

Fingers and toes crossed for a win.

Time will tell.
Posted by A Blogger at 4:43 PM No comments:

Fingers and Toes are Crossed

Graph says it all. 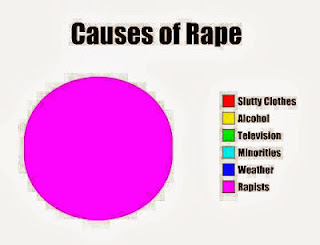 The above graph taken from a post from
the blog "The Hand Mirror" says it all.
Posted by A Blogger at 9:13 PM No comments: 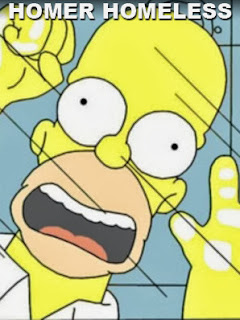 TV3 deal with Fox has fallen thru, so
we now don't have Homeland, Modern
Family or The Simpsons.

But we do get to watch Z Grade, reality
TV shows, hosted by Z Grade hosts,
watched by Morons.

I now think its time that TV3/TV4 are put to
rest, they had a good run 24 years, but never
found a successful formula.

They jumped the shark today, talking of
a new reality show for Alice and Caleb, and
losing three of the best programs on air.

Too bad the viewing public of New Zealand
are the real losers.

If only there was a way to watch tv shows,
other than on tv. 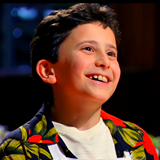 Goodbye to Jack the best person
on any reality tv show ever.

He didn't make the final of
Junior MasterChef, I guess
the producers wanted a
boy/girl final for tv ratings.

Jack handed himself, with
class and dignity beyond his years
and unlike Troy "THAT GUY" Glass
he wasn't a jerk, he didn't think lowly
of others cooking and he  wanted
others to do well.

He was/is  this Generations Vinne
DelPino, hes a credit to his parents
and himself.

Time will tell.
Posted by A Blogger at 4:22 PM No comments: