A Budget for the People (Finally) 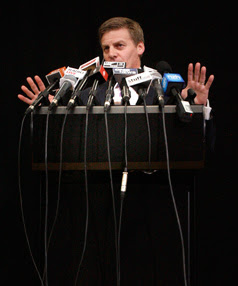 Finally here in New Zealand we have a budget for the people.

For too long, under DR Cullen we were told that he knew best
and not to question his choices. Any reporter who dare asked
a question about why there wasnt a tax cut, was meet with
the child like response of "So What"

Now we have a real finance minister who knows that it's the
people who work who deserve a break, the people putting in
an extra effort, but he also understands there are kiwis
that are struggling, and they will need help, thats why
there has been an increase in health and education spending.

Those trying to cheat the tax man have had thier loopholes
closed, so overall its a good budget. Most people are
giving it seven out of ten.

The only people who dont like are the wacko posters at
the extreme left wing site the standard, and extreme
right wing people, for different reasons of course.

Hopefully this budget will do good for NewZealand.