The entertainment section is usually taken up by stories from the wire, involving such class acts as Britney Spears, Robbie Williams, the Pussycats dolls or the catch phrase comedy, Kath and Kim.

So basically they try to appeal to the demographic that gave Andy Millian nightmares.

They sometimes have exclusive video clips of trailers for movies, unfortunately these video clips have been on sites like youtube for months.

For the past three days they have been running a massive ad campaign, telling New Zealand that at 5am on Monday a major announcement will appear exclusive to stuff that will blow people away.

Clicking on the link takes to the Frontier touring webpage, so the announcement is of course of a concert.

Now major acts have come to New Zealand in the past year, I myself will be heading up to Auckland to see the great Billy Joel in three weeks time.

So who could it be?

I thought of the Simpson's episode, "GABBO" where the whole of Springfield was swamped with ads that Gabbo is coming. Gabbo turned out to be a puppet.

The act that is coming is of course NIN, a huge rock act, but with all the hype around who it could of been, there are going to be a lot of disappointed music fans.

Stuff.co.nz has a choice, they can either go the way of E online or they can become legitimate journalists.

I'm not holding my breath.
Posted by A Blogger at 12:45 PM No comments: 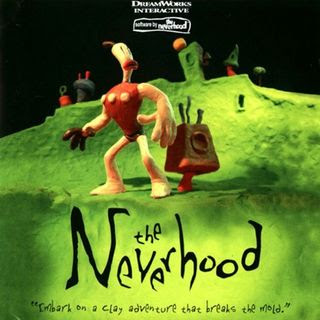 There is a ad on TV in New Zealand for the Media Design School of New Zealand.

Its shows a an alien, breaking a wall, then stepping into darkness, then stones appear for him to walk on.

I cannot believe for the life of me, that they didn't do any research into this clear cut form of plagiarism.

The video game called "The Neverhood" was created by Speilberg for dreamworks in 1996 and involved a claymation character trying to make his way through a scary universal it was ahead of its time, and took thinking and brains and wasn't the usual shoot them up type game.

One would hope that the school spots this error and withdraws the ad.
Posted by A Blogger at 4:24 PM No comments:

Greatest Moment in the History of Sport 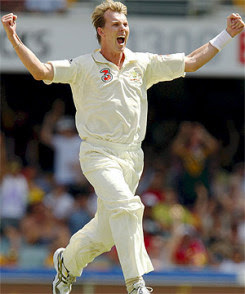 The second test against Australia will be the last time Australia will ever play us at test level. The ICC is dropping their four year cycle and Australia has better teams to play than us.

So make the most of the second test, because that is the last time you WILL EVER SEE, a cricket test between the two nations.

What's to blame? well IMHO it was the attitude adopted in the mid 90's and has lasted ever since in this New Zealand side.

Its the drinking culture in the team, its the pure laziness, its the, "We don't have to train hard or watch game video, cricket doesnt work like that" attitude that Fleming lived by.

The players dont care, as long as the pay cheque comes in.

Its been a long slow death for test cricket in New Zealand, but its finally happened, and on the third day of the second test against Australia, when our last batsmen falls, thats it, no more tests against Australia, I hope the players of the last 15 years take a good hard look at themselves, for committing murder.

WE ARE THE CHAMPIONS! 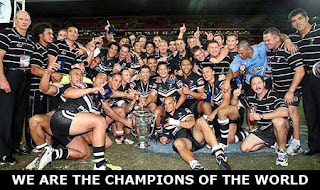 ITS THE FIRST TIME IN HISTORY THAT NEW ZEALAND HAS WON THE WORLD CUP!

Aussie Leads by 189 with four wickets in hand 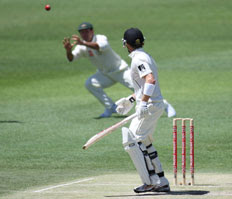 Will the blackcaps ever beat Australia again? Well probably not in this test, same old story, a batting collapse, enough said!
Posted by A Blogger at 9:11 PM No comments: 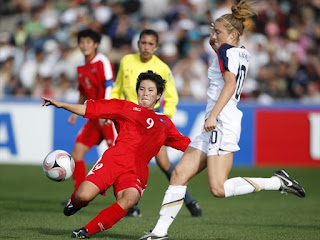 The under 17 Girls world cup has finished. It was hold in New Zealand and was an amazing show piece of football.

You would have to give this cup 10/10, over 200 thousand people showed up to the matches, record attendances for a female sporting event in New Zealand, big tv audience, the skill level, the support of this cup has blown Fifa away and what a great advertisement it was for young girls to get into sport.

I was shocked by the standard of football, shock that my fellow kiwis turned up, and the players themselves were great with the fans and the media, there is actually not enough words in the dictionary to sum up what a great event it was.

Their were plenty of goals, a penalty shootout, you couldn't ask for more drama.

Thanks once again to Fifa for giving the cup to New Zealand, lets hope more cups will come our way in the years to come.
Posted by A Blogger at 9:28 PM No comments: 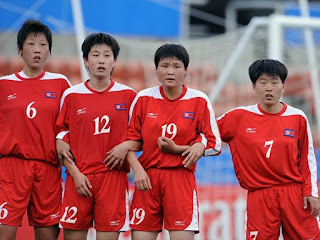 North Korea or the People's democratic republic of Korea has beaten the USA 2-1 in the final of the girls under 17 world cup.

But I am calling shenanigans. At first I thought heck those girls are taking steroids, and then I thought it looked more like Hormones. Then I thought, have they got some guys in their team?

Then it finally clicked, I'm coming from the wrong angle, these aren't girls taking drugs, these are boys on female hormones, and no I'm not joking.

I think they cheated out the USA and the football world is too scared to say anything, for being called everything under the sun.

Still, it was a great final! 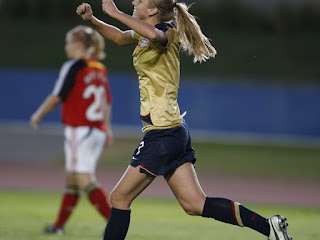 The USA beat Germany 2-1 in the semi final of the womans under 17 world cup in Christchurch. New Zealand.

The USA team like a lot of their sport stars are a cut above the rest and that is hard at this level where all the teams have some gifted players.

The skill level of these young woman have blown me away, so has the success of the cup itself.

Fifa must be so impressed, this is the first under 17 woman's world cup and for Fifa to give it to NewZealand was a risk.

But kiwis have come out in the thousands and supported it, because the football has been exciting, there have been goals galore, the emotion has been high, I don't think I have ever enjoyed a sports comp more in decades.

Fingers are crossed that Fifa will give New Zealand more cups in the future.
Posted by A Blogger at 6:52 PM No comments:

Ding Dong the Witch is Dead 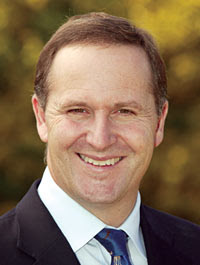 Congrats to John Key and the National Party for winning the 2008 NewZealand General election.

They talked policies during the last few weeks, while Labour played on Fear.

That is great news for the country.
Posted by A Blogger at 8:39 PM No comments:

National to Govern Alone, Hide to win his seat, say goodbye to Peters.

A good time had by all.
Posted by A Blogger at 3:11 PM No comments:

America Celebrates on the subway

America Celebrates at the White House 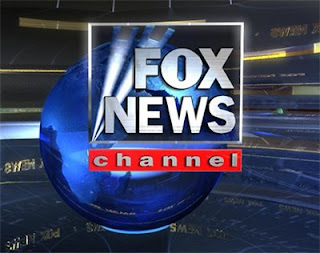 Hate has lost the election, what a massive blow for the most hateful group of jounralists on the face of the planet, this was the election that Fox News went overboard.

Fox news has always been extreme right wing, pushing the agenda of the GOP, recieving memos from them on what stories to report. This election cycle they moved to a whloe new level, they preyed on a new kind of fear, and it was heartbreaking to seek.

For myself they kicked this cycle of fear off , when Doocey screamed "This is huge" after Fox News falsly played a story of Obama attending a terrorist school. They screamED that Obama's friends want to blow up America and turn the USA into a radical Muslim nation.

The vile Sean Hannity even ran a show called "Obama and Friends, a history of radicalism"

For the next 12 months they bombarded their viewers with all hate only a skinhead could muster.

Well it didn't work and Hate and Fear lost this election, their will be urgent meetings at this cable station now, they tried so hard so spread their vomit , but they failed and Obama won, a great day for humanity that Love and Hope won out, over the tactics of fox news.
Posted by A Blogger at 7:39 PM 1 comment: 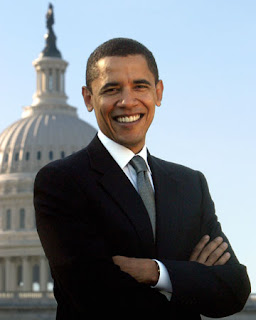 Congrats to Obama for becoming the first African Amercian president of the USA, and what a victory it was, millions of people who have never voted for a candidate before came out and voted for Obama. Not since the great Nelson Mandela has one man caputured the worlds love and attention, there will be celebrations across the USA and world tonight, and many tried people as they stay up to all hours watching Obama's winning speech.

This election showed the hope and courage of people in America who wanted to see change in their country and in the world, against all odds this fine gentleman has triumphed over all adversity to become the most important man on the planet.

May the next four years, be the best ever for the USA because they deserve it.
Posted by A Blogger at 2:46 PM No comments: 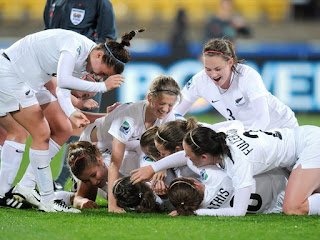 You haven't gone thru to the quarter finals, but in your last group game, you got a well deserved win.

A big congrats to Miss White, for being the first kiwi player EVER to get a hat trick at the world cup, and bigger things are on the cards for these young players, eight of them have been selected for the New Zealand team in the under 20 woman's world cup.

You girls have done our country proud in this under 17 world cup, one of the most exciting sport events this country has ever seen, and the crowd figures have top the 100 thousand mark and we are only in the first round.

Roll on the Playoffs.
Posted by A Blogger at 9:45 PM No comments: 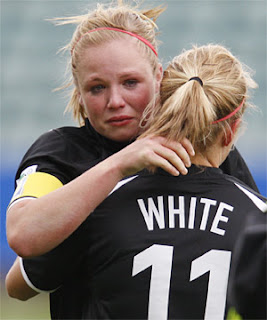 How sad, How sad.

Never in the history of NewZealand sport, has one felt more sorry for a New Zealand team that has lost. These courageous young woman, who had no right to be anywhere near Denmark one of then top teams from Europe, played their hearts out for 90 minutes, only to be left heartbroken by losing 2-1.

Having shocked the soccer world by going up 1-0 early, and then just missing an opportunity to take a 2-0 lead, Denmark came back and equalized, and then in the second half, Denmark took the final lead.

New Zealand came so close to scoring the tying goal, but it just wasn't meant to be.

Who would of thought, that this Under 17 woman's world cup will produce players with so much skill at such a young age, and more importantly who would of thought that our own girls would be up with the best, they have been amazing over the two games, its too bad once again our media is downplaying this team because of the sport that they play.

This has been an amazing event and we are not even at the second stage, the crowds have been huge, the skill levels of all teams have shocked me.

But I think what I would take from this world cup is, how for 90 minutes our kiwis girls nearly shocked the world , only to be left heart broken.

Lets hope that these young ladies go on to get scholarships to the USA and further their careers as professional woman players, they deserve so much credit for yesterday's match against Denmark, not just a minute or two on TVNZ or a line in the paper.

Most heart breaking lost in the history of NewZealand sport, but also one of the best efforts ever seen by any New Zealand sporting side.
Posted by A Blogger at 11:41 AM No comments: